Fortnite Season 5 has brought a lot of new content to the game. There’s the usually updated map, weapon pool, and new skins in the game. In Chapter 2 of the game though, we’ve got one other major factor in every season of the game. Bosses have been a presence for a few seasons now. Each is located at a different spot on the map. Taking them down gives you access to some of the best weapons in the game; Mythic Weapons. This guide covers what you need to know about the Fortnite Season 5 Mythic Weapons. This is where they are, where you can find them, and what they do. 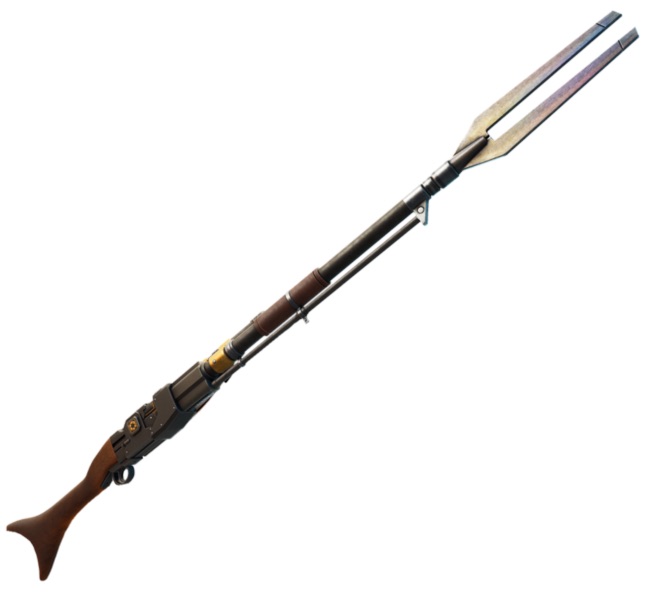 Those are the four actual Fortnite Season 5 Mythic weapons. However, there are some other ‘rare’ and nearly exclusive weapons here too. There are exotic weapons this time around, which can also be found in only one place. These are the exotic weapons:

These weapons are essentially mythics that aren’t limited to one unit. You can find them from NPCs just like with the Fortnite Season 5 Mythic Weapons. You don’t need to kill a boss for these though.

How to Get The Fortnite Season 5 Mythic Weapons

Each of the Fortnite Season 5 Mythic weapons can be picked up at a specific place on the map. This is where you can find each of them:

You can find the Amban Sniper Rifle and Mandalorian Jetpack by killing the Mandalorian Boss at his crashed ship. This is located just past the Coliseum. This Boss isn’t too hard to take out since his weapon isn’t so useful on fast-moving players. That means you can pretty easily take advantage of the NPC’s blind spots. Once you’ve taken him out, you just need to grab the items off the floor. 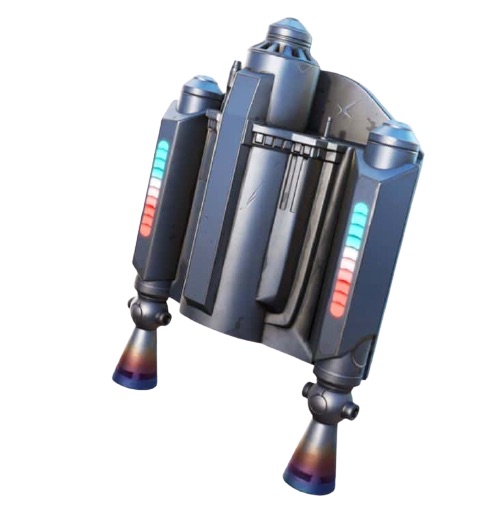 One thing to keep in mind is that this boss’s location has no loot. You’re not gonna be able to land here and take out the Mandalorian straight away. Land at a building or POI close and walk over once you’ve grabbed a gun.

The Mandalorian gear is a good fit for Fortnite and these weapons are a nice balance. Epic collaborated with Disney on the production of the TV show, so this appearance had become pretty predictable.

The Rocket Launcher  has turned from a regular item to a Fortnite Season 5 Mythic weapon. You can now only find this weapon by heading to the Hydro 16 building. Inside you’ll find an NPC who you’ll need to duel if you want the rocket launcher. They also drop a Mythic rarity Heavy Assault Rifle, so you’re getting a lot out of this.

The Predator Mythic weapon in this Season is a unique cloaking device that allows you to become invisible. He also drops some slurp fish, which you’re probably going to need when fighting an invisible foe. You can find this boss in the Stealthy Stronghold. However, it can be difficult to take down. Our full Fortnite Predator Guide covers how you can take him out.

How to Get Fortnite Season 5 Exotic Weapons

The Fortnite Season 5 Mythic weapons aren’t quite as numerous as in past season. However, the Exotic weapons are kind of making up for that. Exotic weapons aren’t one of a kind, but they are only acquirable in one spot. Like Mythic weapons these won’t show up while you’re looting, you have to head to a specific spot if you actually want to find them. A lot of players can acquire them in the same game though, so it takes away that advantage from being the one player to get one.

This is a fairer way to approach the Exotic weapons, and definitely one that makes more sense when you’re playing competitively. There are at least 5 of them with each NPC, so you could even use five of one weapon if you wanted. These are the Fortntie Excotic weapons currently available in the game, and how you can track them down.

The Chug Cannon is a fun  addition to the game. It is a cross between the bandage bazooka and the Chug Splash. This is a weapon that shoots out the splash healing effect of a Chug Splash. So everyone in the vicinity gets 20 shield restored. The ammo for the Chug Splash is unlimited, so it is really very helpful. If you’re playing in a team mode like Trios or Squads, the Chug Splash goes a long way.

You can get this weapon by talking to the Remedy NPC north of Pleasant Park or in Craggy Cliffs.

This is a particularly unique explosive weapon. It is great for levelling builds and genrellarly destroying in the late game. If you can take one of these into a stacked endgame, you’re in a particularly good position to win. That’s especially true since the Rocket Launcher Fortnite Season 5 Mythic Weapon is in short supply this time around.

You can find this one from Fishsticks in Craggy Cliffs or Coral Castle.

The Dub is a fun name for a weapon, but the actual gun is slightly more dull than it might initially appear. It is similar to the flint knock pistol, does great damage but only close up. It doesn’t really have the same unique purpose as the other exotic and Fortnite Season 5 Mythic Weapons.

You can find this one with Crash Test Dummy at the Junkyard past Dirty Docks or just south of Stealthy Stronghold.

Splode’s Boom Sniper Rifle is a weird weapon but one that can be really useful in the right hands. This is a heavy sniper rifle, so it fires in singles and has great accuracy.. The real difference is that it only does 10 damage. Its main use is to start fires. The shot explodes after the hit, doing more damage and setting most builds ablaze. As with the other fire based items these are great to bust out in a build fight. The Spode’s benefit is you can do it from a difference, sending enemy players scuttling.

You can find this in the island north of Stealthy Stronghold. As the name implies, this is from Splode.

The Reese’s Shadow Tracker is a pistol fitted with a silencer. It also tags enemies that you manage to hit. So it works pretty well as a tracking tool if you’re switching between weapons between shots.

You can find this one at the warehouse just east of Dirty Docks.

Mancake’s weapon is another pistol thrown into the mix. This one has a thermal scope and can do 44 damage without dropping off at a long range. As a thermal, this is helpful for those really long distance shots. You can even use it to flush out some of those camouflage skins.

You can find this weapon with Mancake, at the Butter barn. That is the restaurant just south of the Zero Point.

This weapon is the classic storm scout, you can use it to see where the next storm circle is going to be headed. Useful when you have a long distance weapon on your side too. You can use it to set yourself up in the next storm circle, and take shots at enemies from that safe spot. You can find this one in Hunter’s Haven. The Dragons breath Shotgun isn’t included here since it is a regular loot item rather a Fortnite Season 5 Mythic weapon, you can find that in chests, supply drops, the normal places really. While it seems like another ‘exotic’, the Dragon’s Breath is just a rarer new item.

That’s where you can find all of the Fortnite Season 5 Mythic Weapons, along with the exotic weapons that are around at the moment. Our other guides to Fortnite can help you stay on top of your game in Season 5: