How Will Cold War Loadouts in Warzone Work?

The newest iteration of Call of Duty is about to release. Things are a bit more complicated this time around though. Warzone has become a huge success, so its players are a concern for the latest Call of Duty. Warzone has received a lot of extra content, but the game at its core is still tied into Call of Duty Modern Warfare from 2019. This has left a lot of people wondering how will Cold War loadouts actually work in Warzone? We know the Battle Royale is getting content from Cold War, but details were scarse until recently.

Loadouts in Warzone are pretty important. A central part of the gameplay is the ability to call in a well-tuned and designed loadout instead of trying to loot up what you need. Since Cold War features a different array of weapons, that’s a major change for Warzone’s balance. The best Cold War weapons are going to spice things up in the Battle Royale. We now know how the games are going to be integrated. This is how it’s going to work:

When Will Warzone and Cold War Crossover? 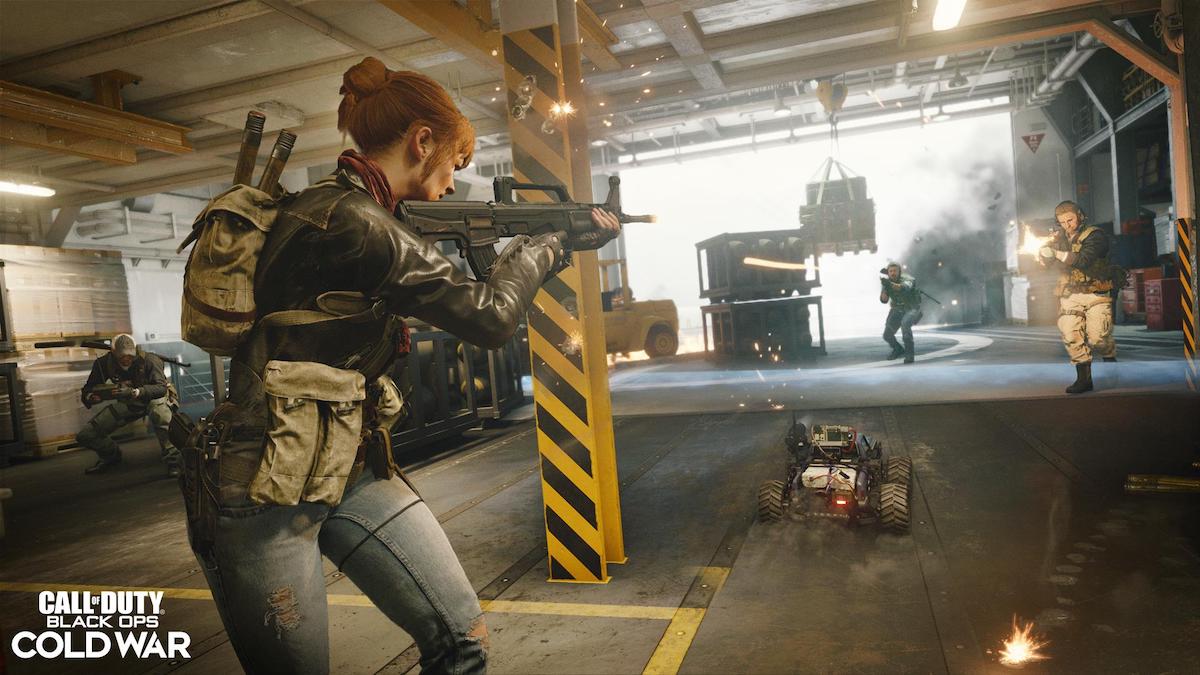 Cold War is due to release  in November. Although, players who are only going to be using Warzone will have to wait a little longer. The official crossover date for Warzone and Cold War has been announced as December. The crossover will begin with Cold War’s first season. We can expect this in the first half of December, close to a month after release. We’re unsure what will be coming for the first season, but it’s likely to be more weapons, skins, and other cosmetic items.

The Cold War Warzone crossover is going to include weapons and items. Importantly though, Cold War loadouts in Warzone are going to be accessible. Alongside that, we can expect some other changes.

Some more Warzone skins are likely to be included in the upcoming season of Warzone. We can also expect some changes to the game’s maps. The much-rumoured inclusion of Nukes might finally come into play. Giving another use to Warzone’s Bunker locations. At the least, we can expect some extra Cold War themed buildings spotted around the map.  The integration may include some more elements of a loadout too, like Scorestreaks and Perks..

How Will Cold War Loadouts in Warzone Work?

This doesn’t mean that they are replacing the loadouts already in the game though. Black Ops Cold War’s weapons and loadouts are going to be another option open to players. You can still use your Modern Warfare loadouts, but you have the option of both.

This is going to present some interesting options for the competitive side of the game. We’ll be able to see how the best Modern Warfare weapons measure up against the best Cold War ones. Although, they will be playing by the rules that Warzone inherited from Modern Warfare as far as player health and movement go.

Since Cold War uses a different engine, the loadouts are going to feel different in Warzone.

Will Cold War Loadouts in Warzone be Free?

One important part of the recent news is that the Cold War weaponry is going to be free in Warzone. It would have been easy to lock this new content up to those who have purchased the game or a battle Pass in Warzone. So this is really quite a positive development. Developers are more banking on the access to Cold War items getting players interested in the mainline game in its entirety.

If you’re looking to build the perfect Cold War loadout, then our guides to the various aspects can help you develop one ahead of them coming to Warzone. We also have the best pre-made loadouts for the most useful guns int these guides: