Spellbreak gives players the choice of a number of different character classes. These give you a passive ability to enhance your play from the second the game starts, you can also collect scrolls to further augment your abilities. While players collect runes and equipment, you also need to be using your player class to get the most out of your build Ideally, you should tailor these abilities to your style of player and choice of Gauntlets. Each move you make can be supported by a properly chosen bonus skill. Conduit is a player class that is best paired with the Lightning Gauntlet. This one has scrolls which are almost entirely built around these attacks, making all but the passive ability useless without the Lightning Gauntlet.

Conduit makes your Lightning attacks much more effective. This makes it a player class that is only really applicable in certain situations. If you’re playing with a team or in duos you should avoid doubling up this character class. You will likely want to avoid having every player using the Lightning Gauntlet. Only one player needs to be playing as a Conduit class character. It is better paired with the more general classes rather than another Gauntlet specific class.

Conduit’s passive ability is Lightning Fast.  While playing as this character class your sprint speed will be increased by 20%. This is actually quite a jump in sprinting. With this, you will have a much easier time looting at the beginning of the game. This boost does stop briefly if you make an attack or take damage from another player. Because of this, it doesn’t help maneuverability in combat very much. It is still a good passive ability that can really help you out. However, what you really want from Conduit are those Lightning boosting selectable scrolls. 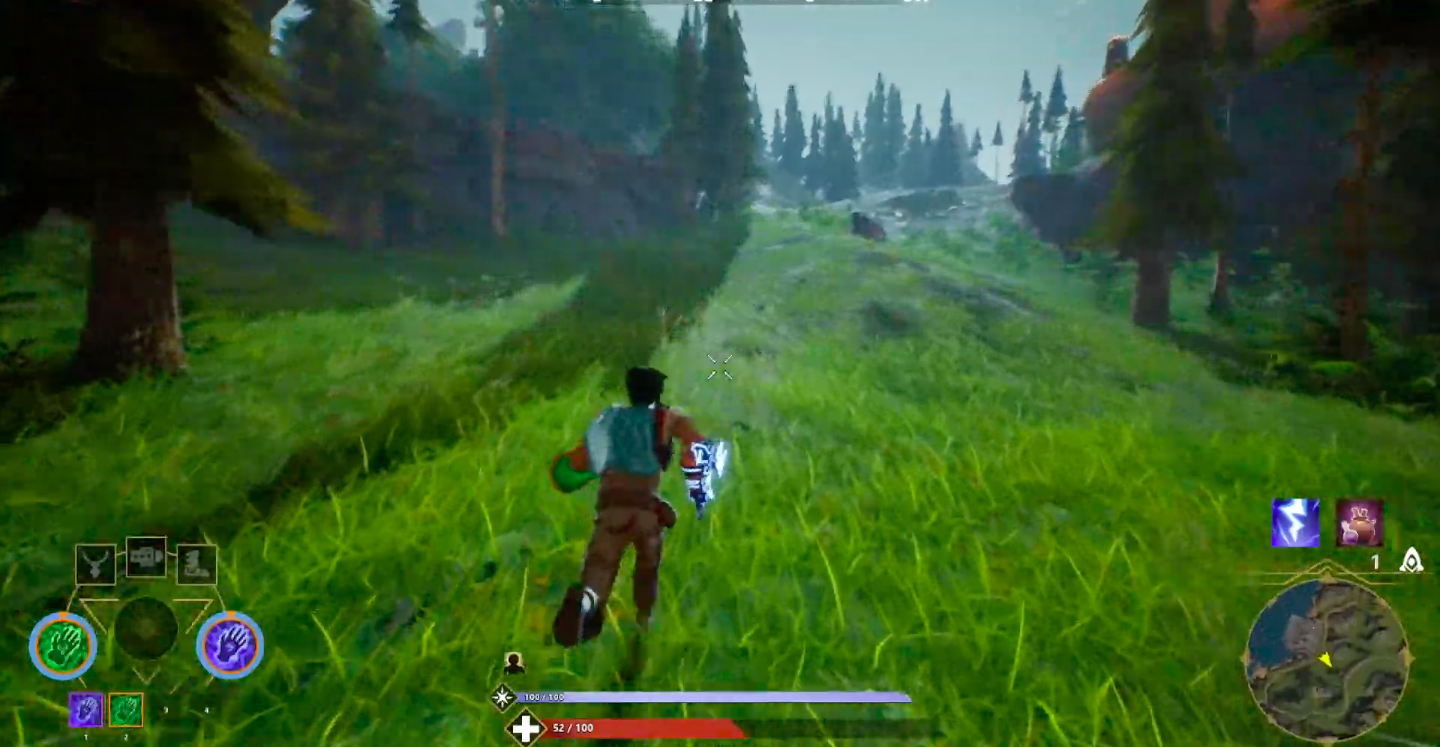 The first selectable scroll is Arc Flash. With this activated, your Lightning Bolt attacks have a 25% chance to leave behind a ball of lightning that strikes nearby players. This increases to 50% and 75% with upgraded versions of this scroll. This can be pretty useful for doing more damage with your Lightning Bolts. It is especially useful for team matches. With this scroll, you can use Lightning bolts as a destructive force on most members of an enemy team. However, Lightning’s interactions with other spells often work just as well as this boost.

The second scroll gives you immunity to all lightning strikes. Instead of taking any damage, you will receive 15 mana every time you are hit by an enemy strike. This increases to 30 and 45 mana every time that you upgrade this scroll. This scroll is essential if you’re using the Conduit class. In most team battles, chances are another player is also using the Lightning Gauntlet. This scroll lets you take advantage of their attacks. However, it isn’t the best candidate for upgrading. You should have enough items to keep yourself stocked with mana without wasting time on the upgraded scrolls. 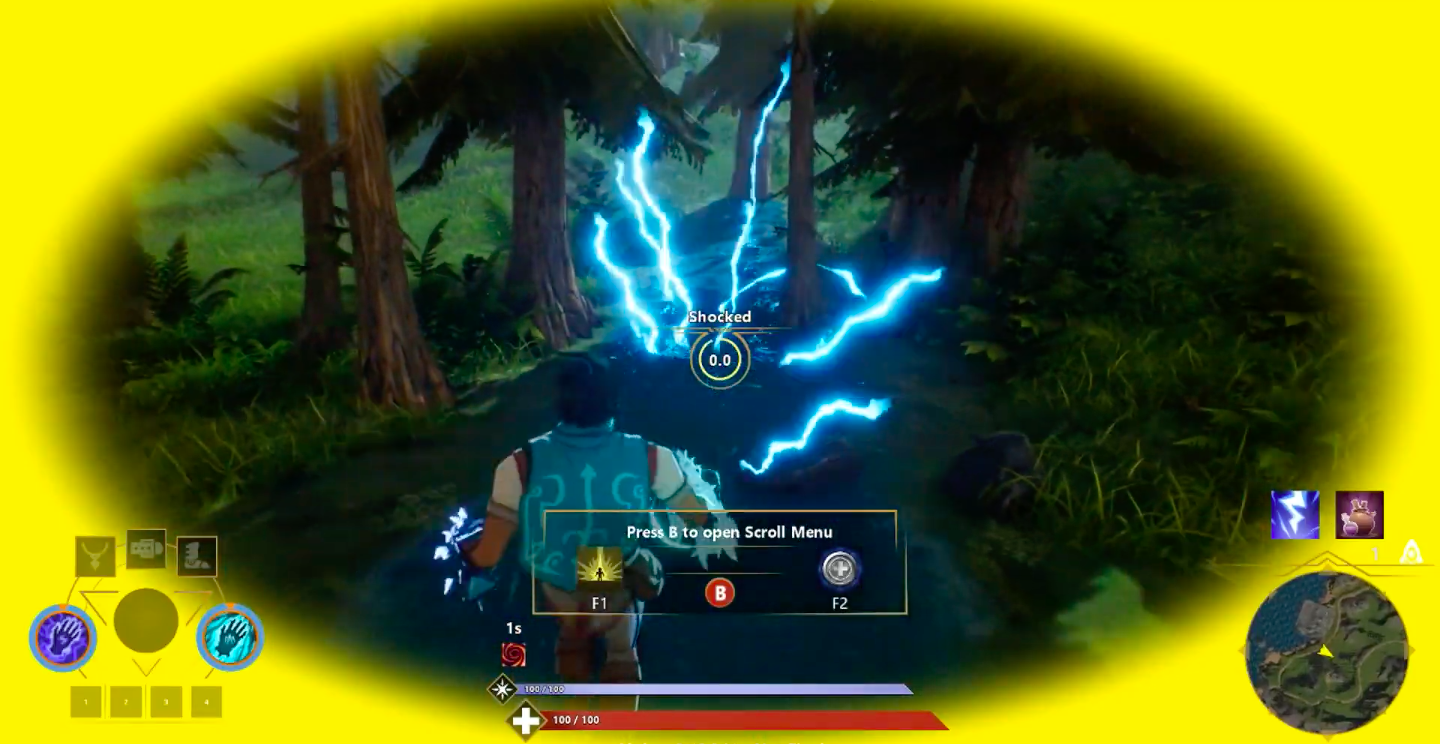 The last selectable scroll for Conduit is Charged Rune. This scroll is only useful when you’re using Runes. After you’ve used any rune, you fire circles of lightning at any nearby target, they deal 20 damage when they hit. This scroll has a cooldown time of 5 seconds, so it doesn’t mean you should prioritize the quicker runes to make the most out of it. The damage rate jumps to 30 with Charged Rune II and 40 with Charged Rune III. This scroll is going to be useful if you’ve managed to luck out on the runes that you’ve picked up. If looting has gone to plan and you’ve got the Rune that you’ve mastered, then you should prioritize picking up Charged Rune to get even more power from them.

When choosing your selected Scrolls, you should take the Lightning Rune whenever possible. While it won’t always appear, this scroll gives you a boost that can help you out in any fight. When this is paired with healing scrolls like those in Bulwark, Conduit helps you survive massive amounts of attacks and do some great damage.

Conduit is a great character class for any player that goes straight for the Lightning Gantlet. When you’re playing on a team, you should try to have at least one player specializing in Lightning with this class. As long as this specialized player class will balance with other members of your team and your other player class, it can be very effective.