Spellbreak’s combat isn’t done through guns or frying pans, it uses magic. Specifically, it uses magical gloves called Gauntlets. In this game, your main weapons are gloves that give you elemental powers. They are the foundation of gameplay. Each player can use two Gauntlets at a time, this gives them a lot of potential for mix and matching effects. Combining Gauntlets can allow you to make bigger and more powerful attacks.

This guide will show you the main functions of each Gauntlet. Each has different attacks using its elemental powers. Some correspond to weapons typically found in Battle Royale games. While others are completely unique. Firefights in Spellbreak are different from those in PUBGor Fortnitebecause of these powers. If you want to win more games in Spellbreak and make the most of the early access period, you need to pick which Gauntlets suit your play style and master them. 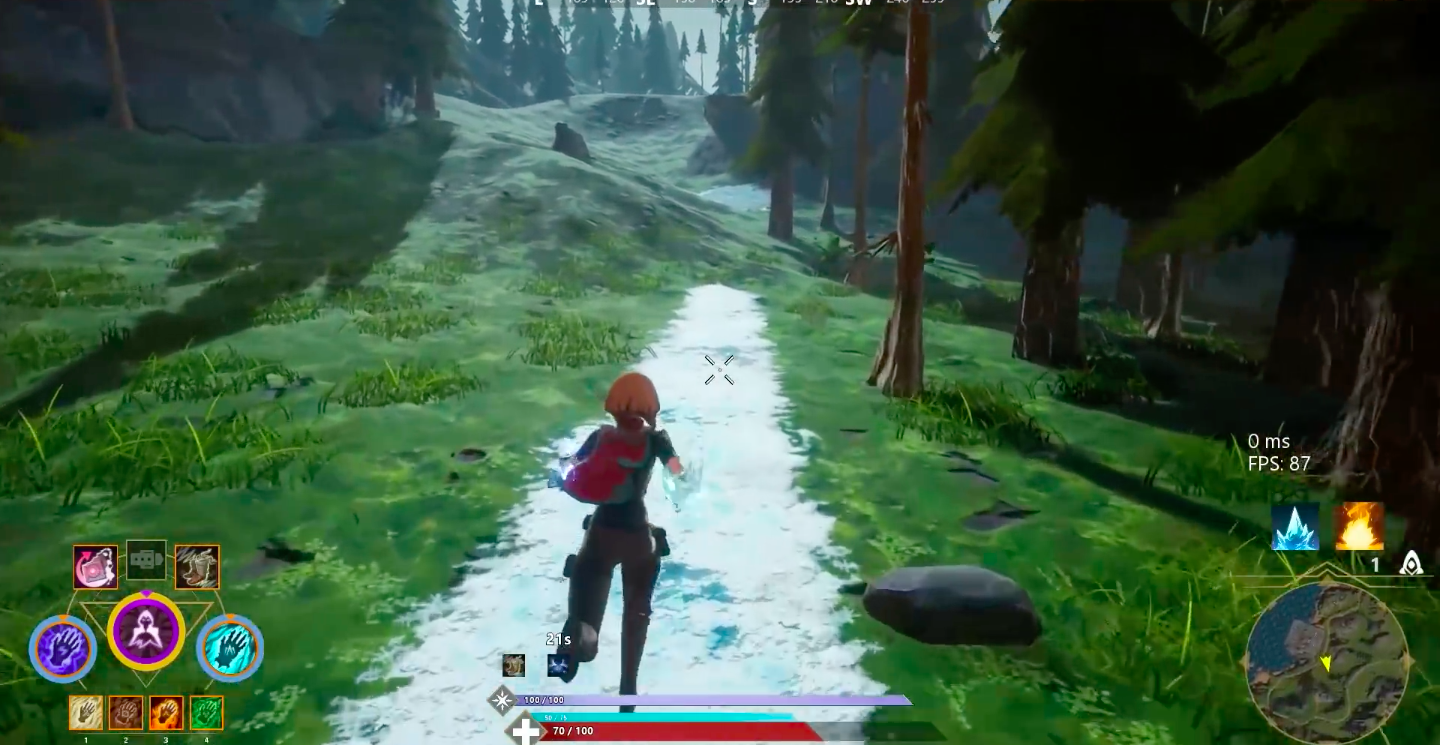 The Frost Gauntlet is the closest thing Spellbreak has to a sniper in a traditional shooter. The main attack is the Ice Shot; this shoots out a trial of ice until it hits an opponent. It is really useful for precision shots. With good aim, you can do a lot of damage to other players. The trial of ice that is shot out can also be used for mobility. Sliding along it can really improve your movement speed. The secondary attack for the frost Gauntlet is Blizzard. This is a close range AOE attack that will freeze players who go into it. It can work well as a tactic to slow down enemies or get them into position for a big combo attack. The Frost Gauntlet can be a useful tool for players with good aim and the skill to move around the map quickly.

The Flame Gauntlet is a lot simpler than most of the others. Its primary attack is a fireball. Letting this attack off will shoot out a fireball straight ahead of you. It deals good damage and moves quickly. The secondary attack summons a wall of fire. This makes a wall in a line in front of you which deals major damage to other players. It is a good defensive move that makes the Flame Gauntlet relatively well balanced. These moves are simple but effective, combining them with other Gauntlet attacks can make them a good option when under attack. 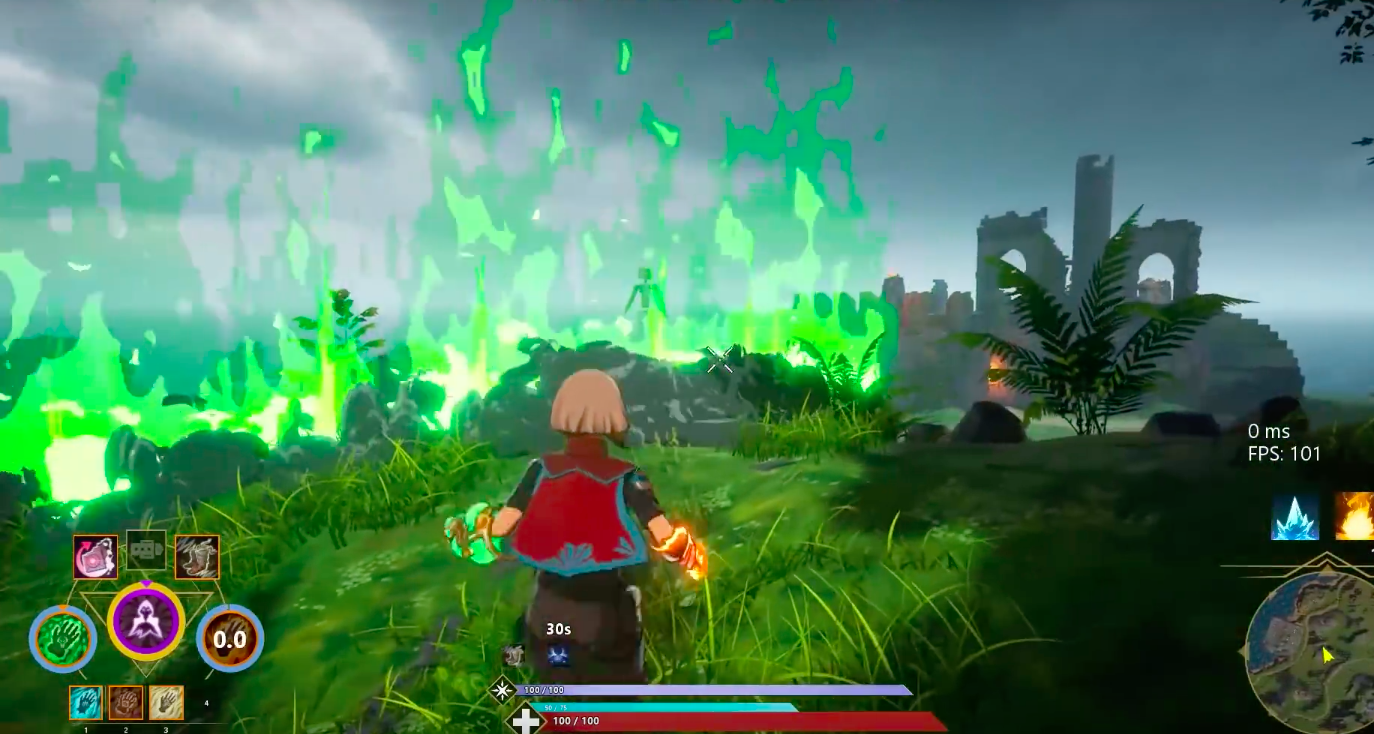 The Stone Gauntlet is the weapon that gives you power over the ground. Its main attack is an earthquake ground-pound attack. Slamming down on the ground with force a fissure out ahead you that deals damage to anyone in its way. This fissure has a variety of defensive uses too. It does a good job of clearing a number of AOE attacks that enemies put down. The secondary attack for Stone launches a giant boulder in an arc across the sky. This boulder does more damage the higher arc you throw you it at. It can take some practice to get used to the curve but the extra damage is really worth it.

The Toxic Gauntlet is one of the most straightforward. However, it is also one of the most useful. The main attack launches four shots of a poisonous green liquid out ahead of you. If these shots hit the ground they become AOE attacks that stick around for quite a while, dealing lasting and incremental damage to other players. These puddles can be combined with most other Gauntlet attacks to do some real damage. Firing straight ahead is a short ranged but powerful attack, it handles like a shotgun in a standard shooter.

The secondary attack for Toxic sends a large ball of poison out that explodes upon impact into a big poisonous cloud. It does some good damage. However, like the primary attack for this Gauntlet, its main use is in combination with other Gauntlets. 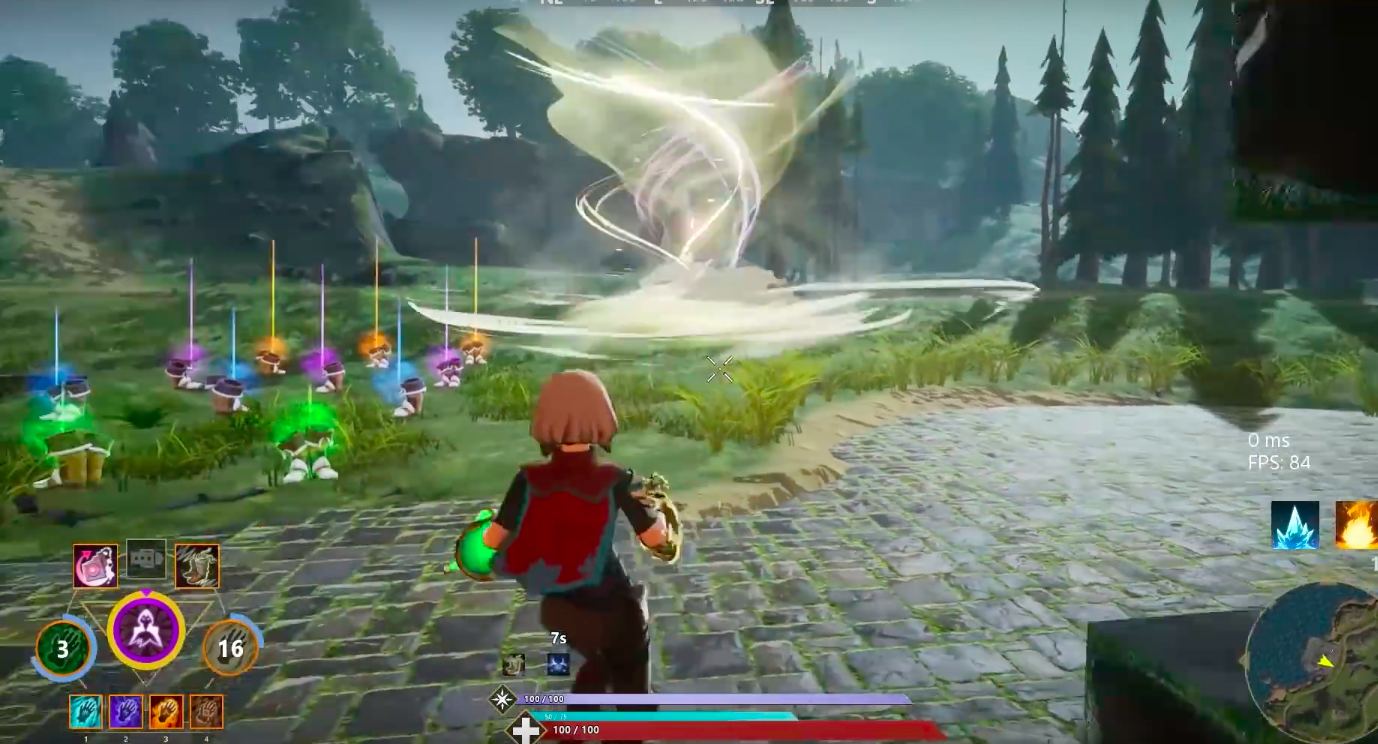 The Wind Gauntlet’s primary works as both a traditional attack and a useful movement utility. This one is an oddity in that it has to be charged up After a short delay, you can rapidly send out slices of air at your enemies. After the initial wind up you can keep sending these attacks out rapidly until you run out of mana, making it a great option for a panicked situation. If you aim this gust into the ground, you will be propelled upwards from the wind. This can help you seize the high ground and take control of a situation. The secondary attack is summoning a Whirlwind which sucks in enemies and does damage. Like those of the Stone Gauntlet, this attack is a great canvas for combing different elements to maximize damage.

The Lightning Gauntlet uses the power of electricity; it is a great tool to add to AOE attacks to maximize damage. The primary attack sends out 3 fast bolts of lightning to hit players. These can hit players a little off from their aim so it is quite a useful attack. The secondary attack calls in a barrage of lightning to come from the clouds at enemies below it. This storm will stun players for a short time similar to ice.

These are the gauntlet types available. You can work out which suit your playstyle from this information, but you shouldn’t limit yourself to only testing out two. The interactions between these Gauntlets can make them a lot more viable than they initially appeared. Take some time to experiment with different combos to find the build that best suits you.