Tagia is one of the more recent Mordhau maps. Coming later in the game’s development, it shows off some of the more varied gameplay available. Unlike the fairly generic battlefield maps, this one has a lot of character and revolves around a central dynamic element. Mountain Top’s theme was a mountain, Tourney’s is a tournament, and Taiga is centred around a harsh river. This map features plenty of chokepoints and sections where the terrain gets incredibly tight. This makes it a lot of fun for engineers, but there is plenty of space for archers and melee players too. It may be a little harder for some character classes, but there are some strategies you can use.

Tagia is available in the Frontline, Deathmatch, team Deathmatch, Horde and Skirmish game modes. In the deathatch and Skirmish variants, the map is a little smaller, lacking the locations that surround the central encampment. This doesn’t change the gameplay too much in these more concise modes but you are a little more boxed in. The horde mode is fun enough on this map, and it actually conveys the experience of playing on Tagia quite well.

Rather than being useful for grinding Gold and XP, Horde mode allows you to set yourself up in the central encampment and take out all enemies that approach. This is also how the map functions in online play. The map is prone to becoming bogged down in holding the central location. The team that best takes over this central area usually has the game.

No matter what type of player you are, you need to be using the best settings, key binds, and getting the best frames per second as possible. Tagia is a difficult map to win, so you need every advantage you can get. 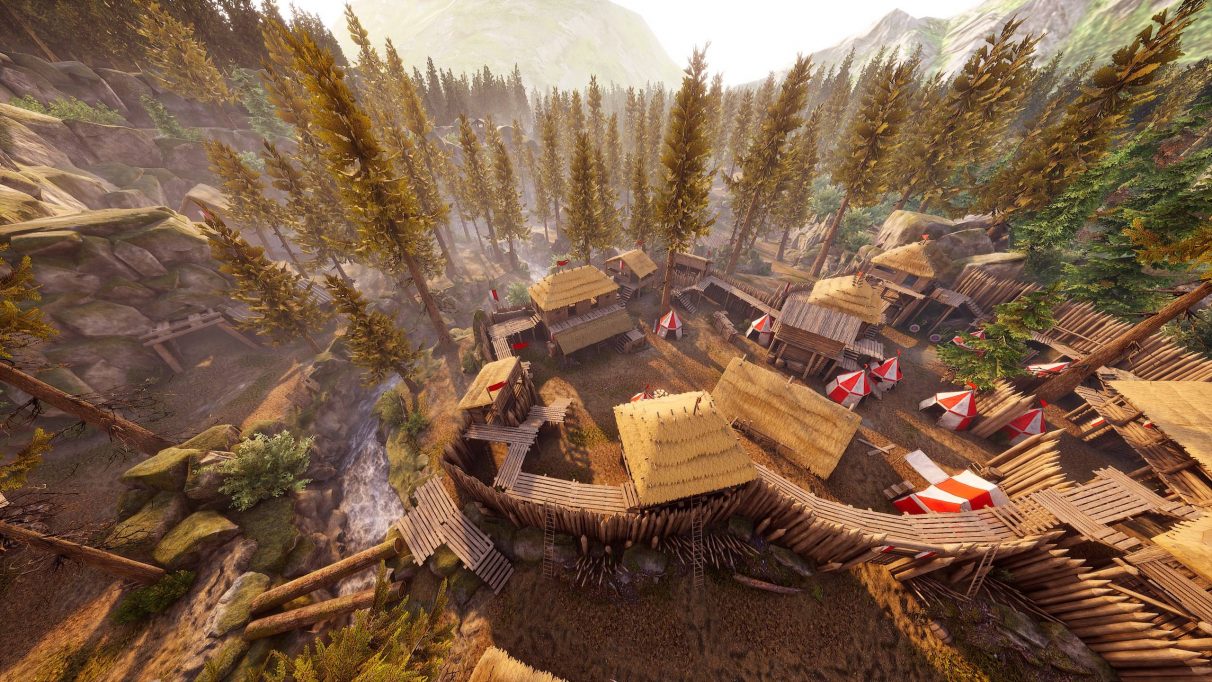 There are essentially two ways for an archer to play on Tagia. Rather than this being picked by which type of archery you prefer, it has more to do with how your team fares in the opening few minutes. If you manage to take the central area, then archer’s will be best served by establishing themselves there and taking out any enemies that approach to take some stress off of the melee players. You can also watch out for teams attempting to come into the encampment by any non-fortified entry. This type of play definitely favours less experienced archers and doesn’t really take much skill.

Alternatively, you might be the team who is attempting to take the central zone having fallen behind earlier. In this case, your options are more limited. Your first task should be neutralising any enemy archers in that area. This is made easier if you’re using the right perks. If archers have been taken out of this encampment, you then need to deal with any engineers manning mounted crossbows. Each of these types of players are going to make it difficult to actually take the central encampment. If you can manage to take them out, your melee players should be able to break into the centre.

On the larger map of Tagia, there is a little more space for manoeuvring around the encampment. These corridors each form chokepoints leading into the main zone. If you’re playing a more dynamic game on Tagia than usual archers can have some luck manning these chokepoints. It isn’t the friendliest map to ranged players, but this is more due to its unequal design across the board than which weapon you’re using. 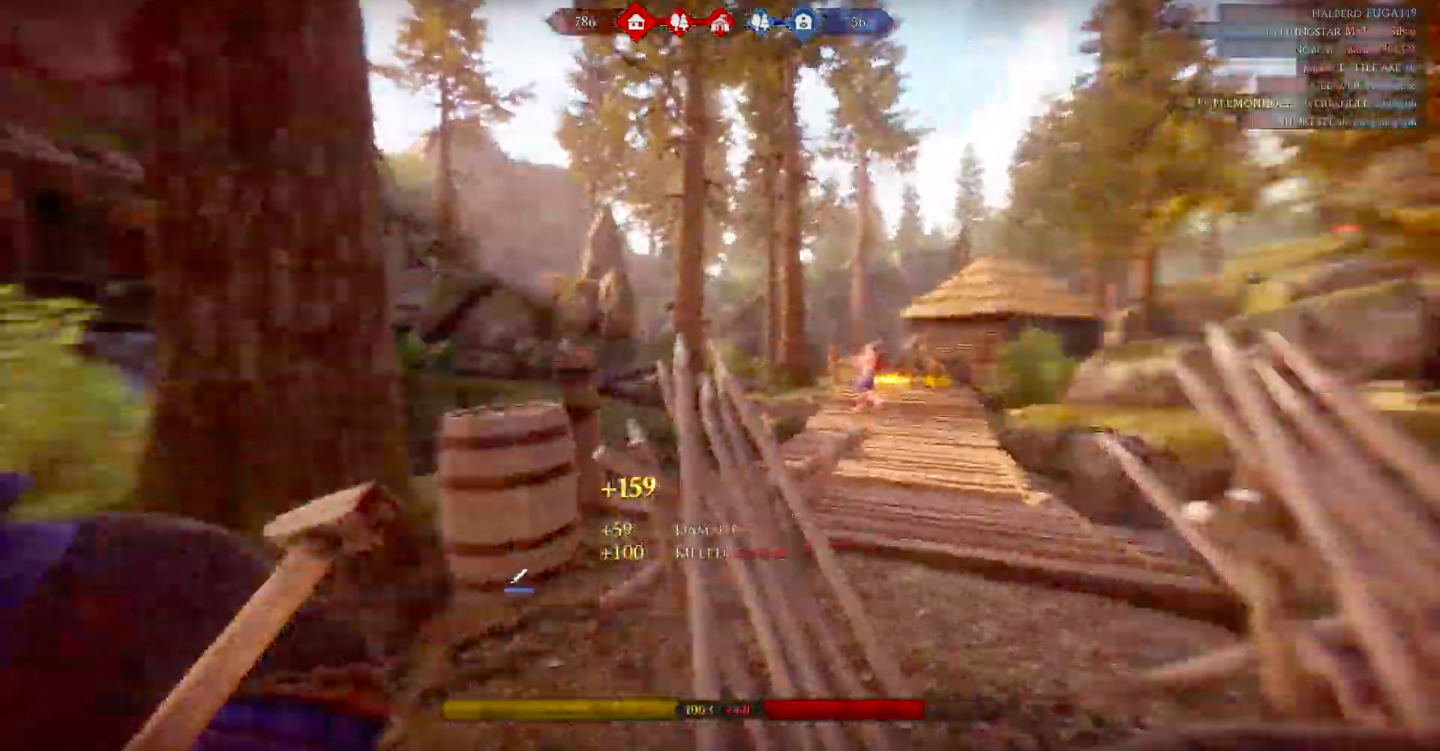 Engineers playing on Tagia need to be supporting the rest of their team and making sure the chokepoints really choke the enemy. Taiga is a deceptive map that is easy to weigh down with structures, as an engineer you need to be applying that pressure.

If your team has taken the central encampment, then you need to work on blockading your team in safely. This will funnel enemies into one easily managed area. As well as blockades, a well-positioned mounted crossbow can easily dispatch players attempting to storm the fortress. This is definitely the easier way to play as an engineer on Tagia, but you won’t always be able to hold the enemy team off.

If you’re attacking the fortress, then establishing your own chokepoints a little closer each time will be helpful. It is difficult to maintain pressure on this encampment, so setting up your own blockades and crossbows should help your team accomplish this.

Otherwise, your ability to force players to a standstill is very useful on the outskirts. You can use these narrow pathways to funnel players in an easily killed mob. All of this really depends on well the rest of your team are doing though. Support jobs in Mordhau can be temperamental like that. 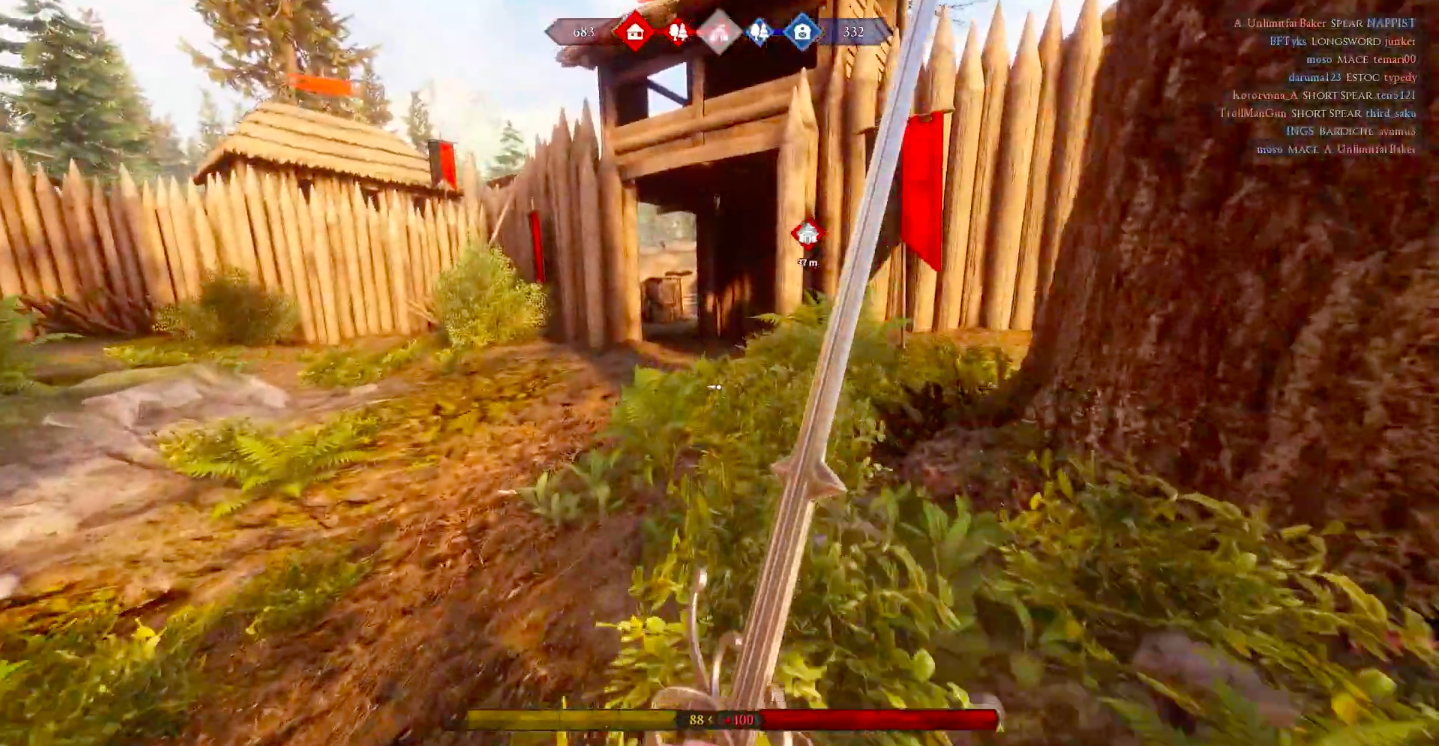 Tagia has one big bonus for melee players; no horses. You no longer have to worry about countering those players. However, it is a map that will reward the sneaky swordsman over the talented duellist. When playing on the larger map, the corridors around the encampment provide the perfect space for intimate duels and aggressive close combat. Be wary of engineers establishing chokepoints, and these areas are the most fun you can have with a sword.

If your team manages to take the central encampment, then your role is pretty much pre-determined. Keep control of this encampment and take out any players that make it into here. If your engineers and archers are doing a good enough job of defending it, you can even push your luck. Heading further out to take out players as they approach can work if you’re confident about falling back after one duel.

If you’re approaching the encampment, you should first focus on taking out engineers and archers. Clearing these out will allow you to have a fair fight with other melee players without stray arrows hitting you. Once it is down to that, it comes down to who is the better swordsman.

Tagia is a difficult map for most players. It is very difficult to make progress after the first attack and counter-attack. It is one of the more frustrating Mordhau maps with this design. However, with some perseverance, every player can achieve something on this map. If you’ve got your strategy down and you’re running the best settings for Mordhau that you can, you should be able to win plenty of matches on Tagia.