Aiming in Spellbreak – Tips and Tricks

Spellbreak is an unconventional Battle Royale. Its biggest difference is that you use magical powers rather than the traditional gunplay you’d find in PUBG or Apex Legends. This doesn’t free the game entirely of the usual Battle Royal features. Aiming in Spellbreak might not be quite as vital as when defending a building in PUBG or taking a tight shot in Fortnite , but it is still important.

To make the game fair, your magic in Spellbreak doesn’t magically hit the target every time. The majority of your attacks are actually still projectiles, just like bullets. Although there are some major differences from traditional gunplay. Spells in Spellbreak interact with each other more, opening up more possibilities for where to aim than just hitting the other player.

The exploitable movement boosts in the game even allow you to recover from any number of missed shots. However, you’re going to hit your target if you really want to succeed. There is plenty that you need to know about aiming in Spellbreak to win more games.

The Basics: How Does Aiming in Spellbreak Work

The most important thing to understand about aiming in Spellbreak is that every weapon handles differently. However, while the difference between weapons in Fortnite makes the bullet drop and projectile speed different, this is fairly consistent with every other shooter. In Spellbreak, your gauntlet attacks are usually entirely different from anything you’ve handled before.

Spellbreak Gauntlets can be broken into two categories for the sake of learning how to aim: those that fire projectiles, and that hit instantly or interact. The gauntlets that fire projectiles are the ones that you need to master aiming to become efficient with. Each projectile that you can fire in Spellbreak will be a different size and shape to others, giving it a different curve for the equivalent of bullet drop and travel time. To learn how to aim with each Gauntlet, you need to learn the specifics of the attacks first.

Each projectile attack in Spellbreak has a specific travel time. This can be affected by your runes and gear too, so it can be difficult to get used to the timings. The best thing you can do to master aiming in Spellbreak is to get yourself used to the travel times you’re going to be dealing with the most often. Knowing how long a projectile is going to take to hit is vital, and this can only be built through muscle memory.

Practicing with each Gauntlet that you primarily use is really import for getting a feel for aiming in Spellbreak. Each projectile takes some different skill to use. The larger meteor attacks are really powerful, but also very hard to actually hit someone with. Whereas the fire Gauntlet should be connecting with an enemy more times than not.

Load up a training area in Spellbreak, and collect one of the Gauntlets you want to practice. You should fire at a target at a few distances to get a feel for how long projectiles travel for. Once you’ve about figured that out, attempt to hit the same stationary target while moving yourself. This kind of practice is going to help you adjust to actually hitting your target in live play.

Once you’ve got a feel for the travel time of projectiles, you can start working on actually hitting moving enemies.

Aiming in Spellbreak with Tracking 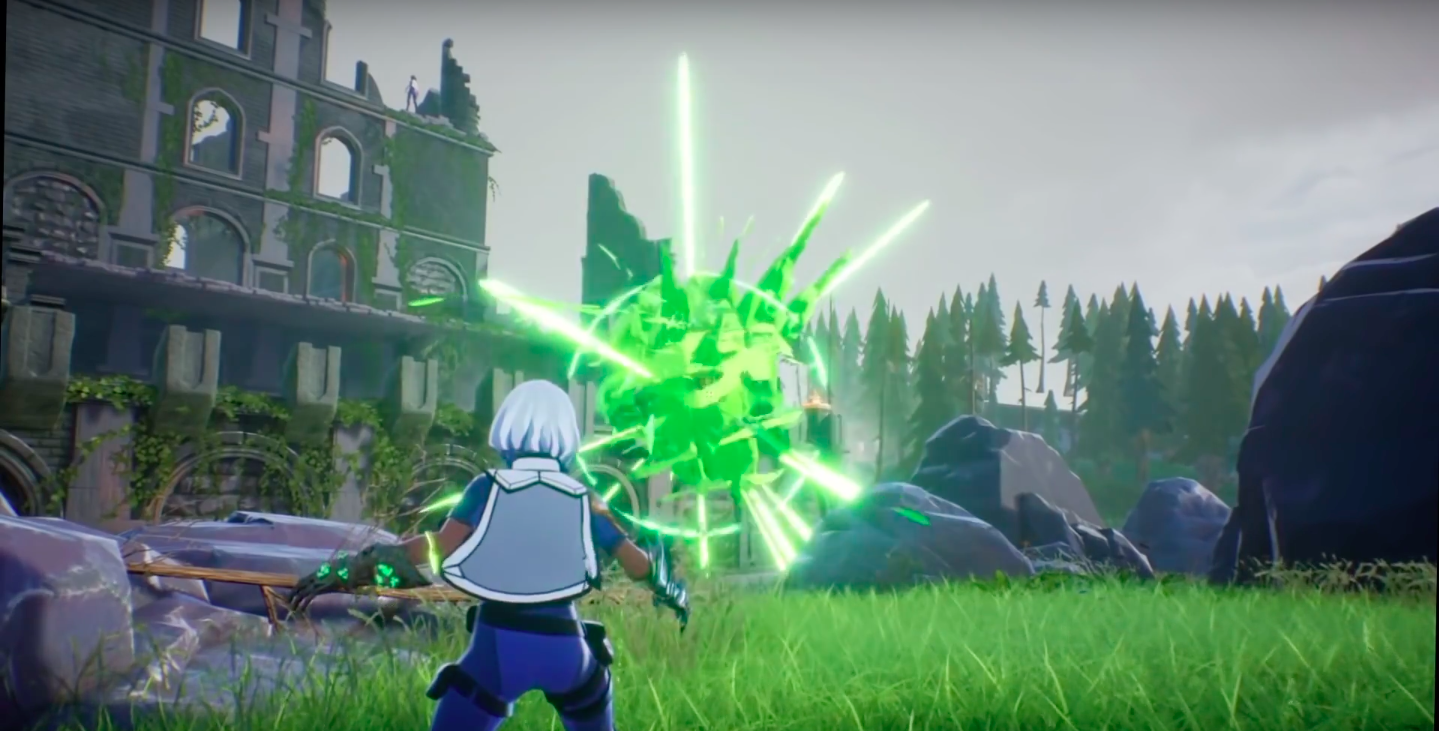 To practice tracking, you need to rehearse keeping yourself aiming at an enemy while they move. This will gradually help you learn how to compensate for their movements and hit them despite erratic movements. Learning how to do this, is all from muscle memory. Practicing tracking a player’s movement with your cursor without actually taking the shot. Doing this for a while will help you build up muscle memory of tracking an enemy as they are moving.

You can predict where to fire a projectile by scanning around where an enemy is headed. If you can’t quite manage to hit the target, aiming in Spellbreak is a bit more forgiving than normal shooters. Most projectiles feature splash damage. As long as you hit close to your target, they will take at least some damage. This can make all the difference. Often it may be easier to aim for the player’s feet and inflict a good amount of splash damage than to aim for a head.

Work with the game

Spellbreak features many combos of different attack that can be combined to make stronger attacks. If your projectile aim isn’t going to hit a player but could interact with other attacks present to make an attack that will, aim for that. Often this will damage your target a lot more than just your attack. This even implies to their own Gauntlet attacks since friendly fire is in effect in Spellbreak.

Aiming in Spellbreak isn’t the same as most shooters. Rather than trying to force your normal methods of aiming into it, you need to do work with what you have. Use combos and use splash attacks to increase your effectiveness. Use the Runes and gear bonus to make every hit count. There is a lot to work with in Spellbreak. As long as your using the right character class for you and the best settings possible, you should be able to improve your aim.